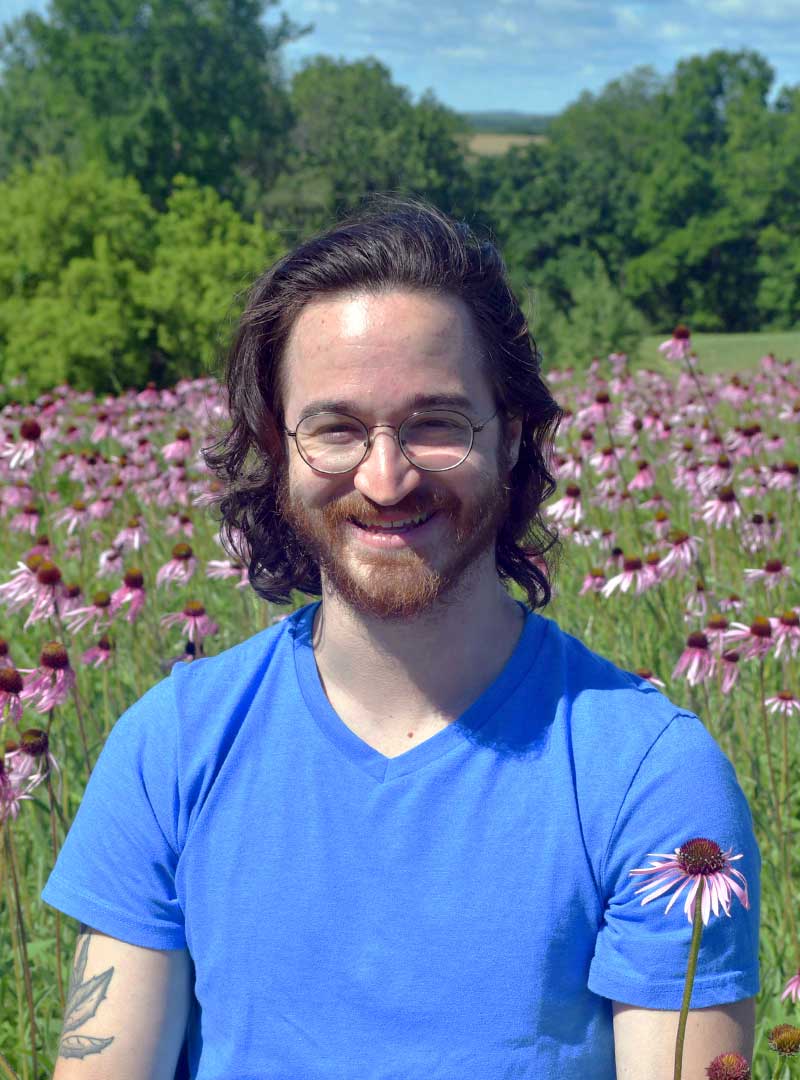 As a young man Rob was drawn to attend UW-Madison for the perpetual party atmosphere, but it was the land ethic of Aldo Leopold and Leopold’s legacy in southern Wisconsin that came to define his time there. Rob became a student of ecosystems and landscapes, particularly fascinated with the biology of plants—seemingly inanimate objects with extraordinarily complex inner lives. Rob is a defender of biodiversity who has spent countless hours in the elements battling invasive species. He spent three years collecting wild plant seeds in New Jersey and restoring the prairies and oak woodlands of southern Wisconsin before returning to school to study eco-social systems at the Humphrey School of Public Affairs. After years of studying environmental systems and public policy, Rob truly believes that native plant gardening and landscaping is “Nature’s best hope.” He is thrilled to be at Prairie Moon, helping to propagate knowledge of native plants.

In his free time, Rob loves to cook vegetables, watch television, and read classic novels. He runs, bikes, lifts weights, golfs, cross-country skis, and snowboards. Though his interests have expanded well beyond his childhood sports obsession, he still invests a few too many hours keeping up to date on his beloved Packers and Brewers. His favorite moments are spent in the company of wild creatures, though his nieces and nephews are a very close second.