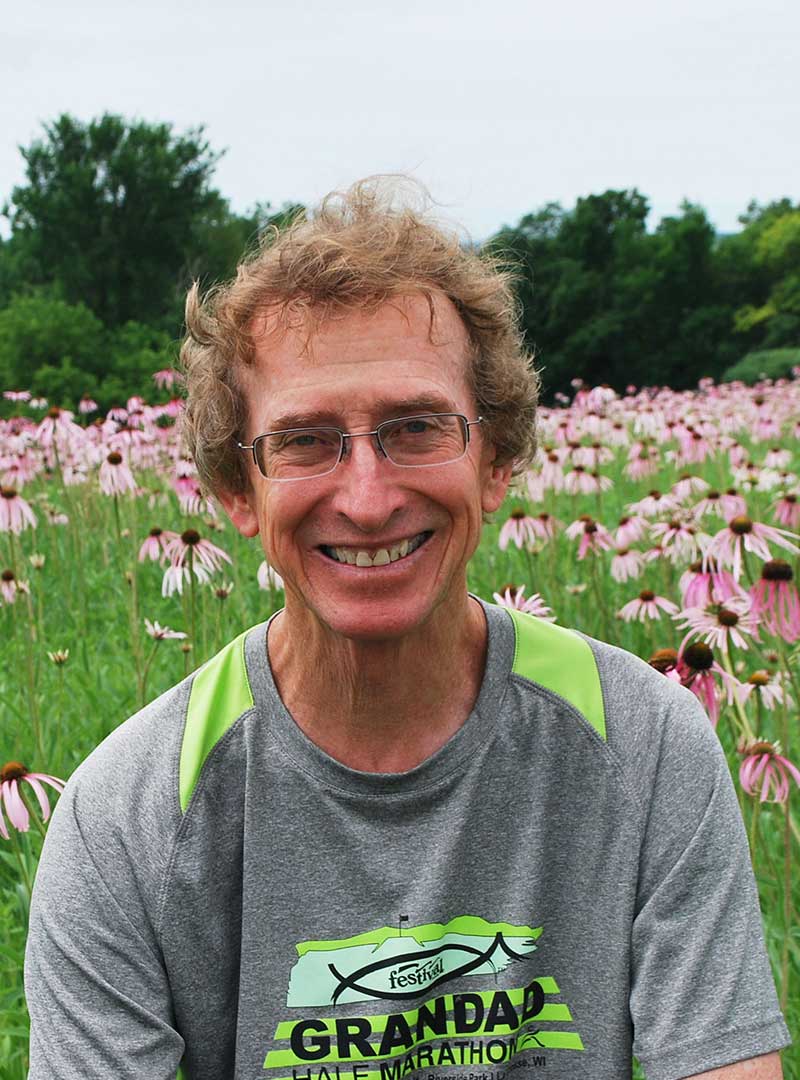 Bill Carter is the President of Prairie Moon Nursery. Originally from northern Illinois, he moved out to Wiscoy Valley Community Land Co-op in the early 1990s to follow his true calling – living off the land as every idealistic hippie intends. Although he won’t deny that Minnesota is a great place to live, he can’t get on board with rooting for the Twins and will forever remain loyal to the Cubs.

After spending the beginning of his career as a Registered Nurse, Bill took a position in the Prairie Moon seed room in the early years of the business and worked his way to the top!  As our fearless leader, he manages our network of growers, oversees seed intake, and supervises the Sales and Consulting team. In his spare time, he travels around the country running marathons, sipping Craft beer, and biking the beautiful, albeit hilly, blufflands of the Driftless Region.  Contact Bill at 507-205-5336 or [email protected]